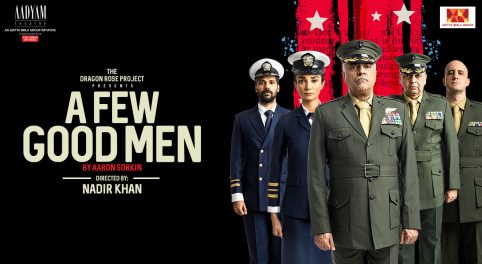 Summer, 1986, Guantanamo Bay Naval Base, Cuba. Private First Class William T. Santiago is found dead with his head shaved and a rag stuffed in his mouth. Two of his fellow Marines have now been charged with his murder. They are being held in Washington D.C., awaiting trial.

Aaron Sorkin’s ground breaking play and Oscar and Golden Globe nominated film, tells the story of a group of military lawyers assigned to defend these two marines. In this explosive military drama, they make a valiant effort to defend their clients and in doing so, put the military mentality and the Marine code of honour on trial.