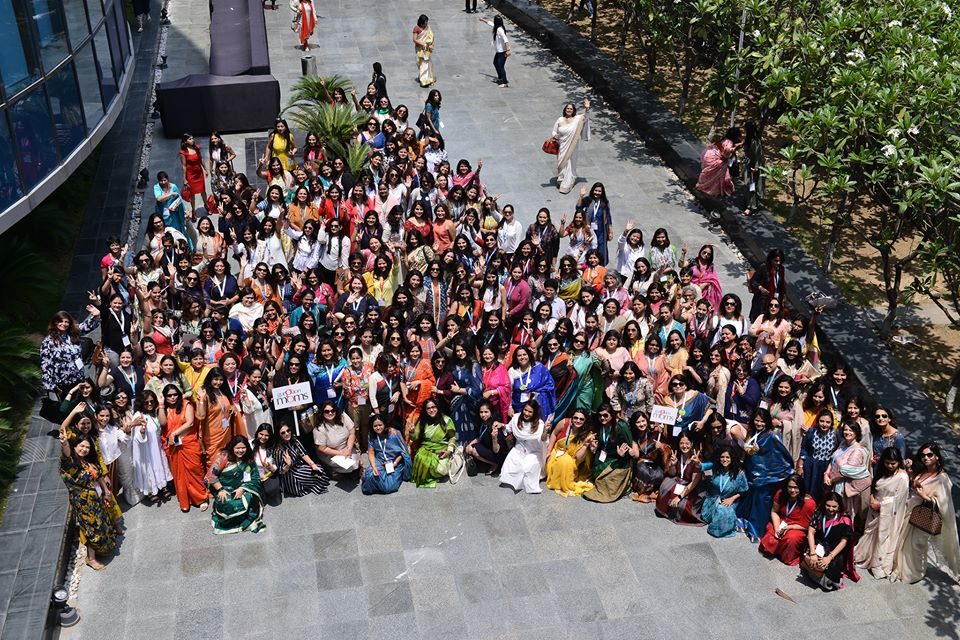 After some repeated discussions with one .of my friends about attending or not attending the Th Mom Achievers Summit by GurgaonMoms… she was finally able to convince me to attend it this year. I surrendered to her decision as she had attended a couple of them already and was apparently aware of what it means to be a part of it. The conviction with which she spoke about it actually lead me to buy my ticket for the same. Thank you, Shachi Jain, for introducing me to this beautiful day. 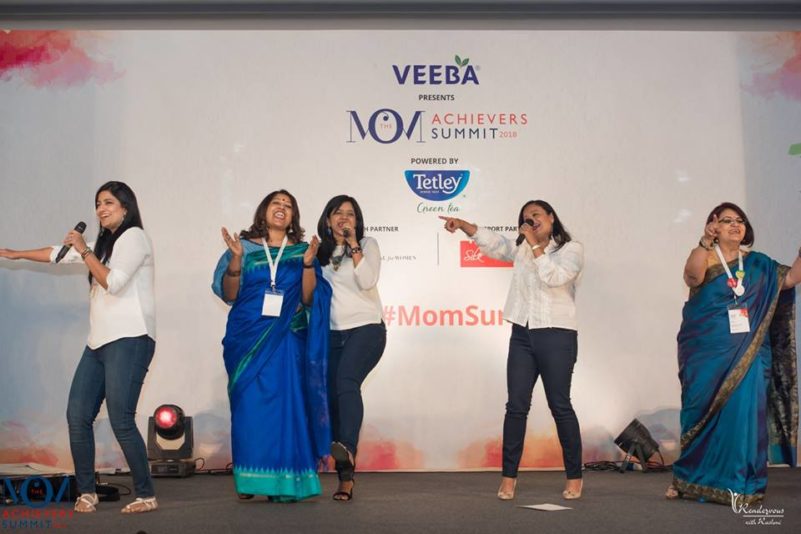 And what I saw will stay with me forever. A massive event which was planned and executed by a handful of dedicated women . When we were advised to reach at 8.30 in the morning, these ladies would have reached way before time as everything looked perfectly planned. After taking our name tags from the registration desk, we proceeded towards the conference hall. On our way, we could see different stalls to keep up the audience engagement. The waiting area before the conference hall would not have seen so many lovely ladies together who were dressed in the best of their clothes and were busting with energy .. And finally, the wait was over and we entered the hall.
It started with a warm welcome by Neela Kaushik, who is the founder of GurgaonMoms and then the dreamgirls took over the stage. I was so amazed to see such talented singers with absolutely no fright of stage fear to perform in front of 250+ audience. The songs were selectively chosen and it engaged the complete audience. Almost everyone was humming the songs along with them. 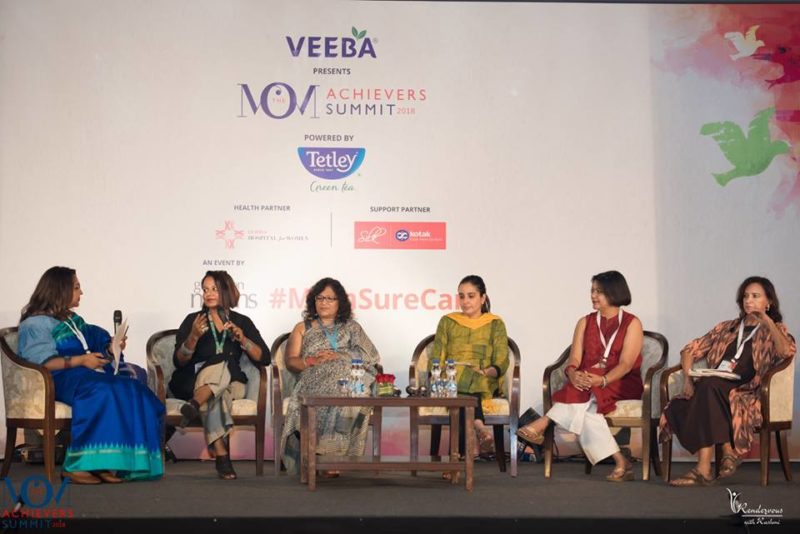 Then came a powerful panel including Aparna Balasundram, Manisha Goyal Mahajan, Nisha Singh, Paroma Roy Chowdhury and Deepa Narayan. The topic of the discussion was certainly close to every woman’s heart. Do we play the game by our rules? Should women negotiate better? The way the discussion went forced all of us to question if we actually do justice to our own selves. The way women and men are treated with so much partiality in every sphere of life needs to be questioned and it’s high time. 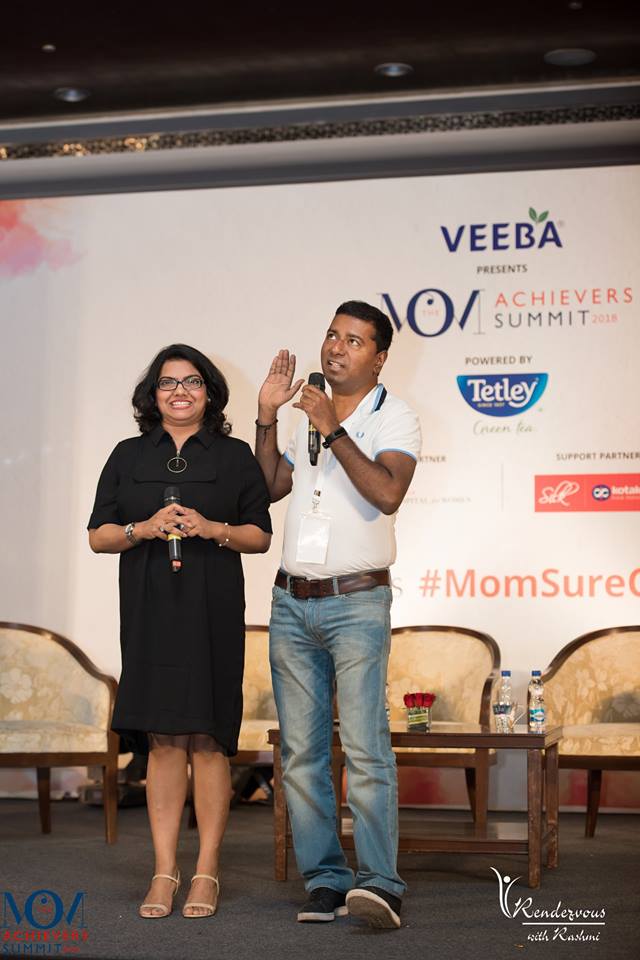 It was then time for the most beautiful and inspiring story I have ever come across. She needs no introduction .. How many of you remember the voice of Pallo on the radio. It was an honor to hear her story from her. I am still getting goosebumps while I am recalling that section. Pallavi aka “Pallo” as a child was always fascinated by the dibia from which different sounds used to come all day along. She had grown up to this dream of entering that dibiya and she achieved it by entering the all India radio, married the man of her dream and life was simply fantastic. However, destiny had different plans for her. She was diagnosed with myasthenia gravis where her facial muscles were affected. She was put on heavy duty steroids but even that did not help. She was further diagnosed with a tumor and had to go through multiple chemotherapies. One of her vocal chords was damaged too which lead to speech disability in a layman’s language. She could not even speak normally ..forget about being an RJ. The doctor clearly told her she would have to leave radio permanently. As radio was her first love, she was completely devastated. This was not all ..she was in the ICU again with level 2 lung failure. The irony of the situation was that she was in the same bed where she had written her first set of love stories .. What gave her strength all this while? Rahul Narvekar, her husband. He stood like a strong pillar in all the thick and thin of her life. He also released her book called ICU Love Stories and launched it on her birthday.
What an example of a powerful woman who is not only powerful internally but also is a motivational example of courage, willpower, and dedication. Salute to her from each one of us. 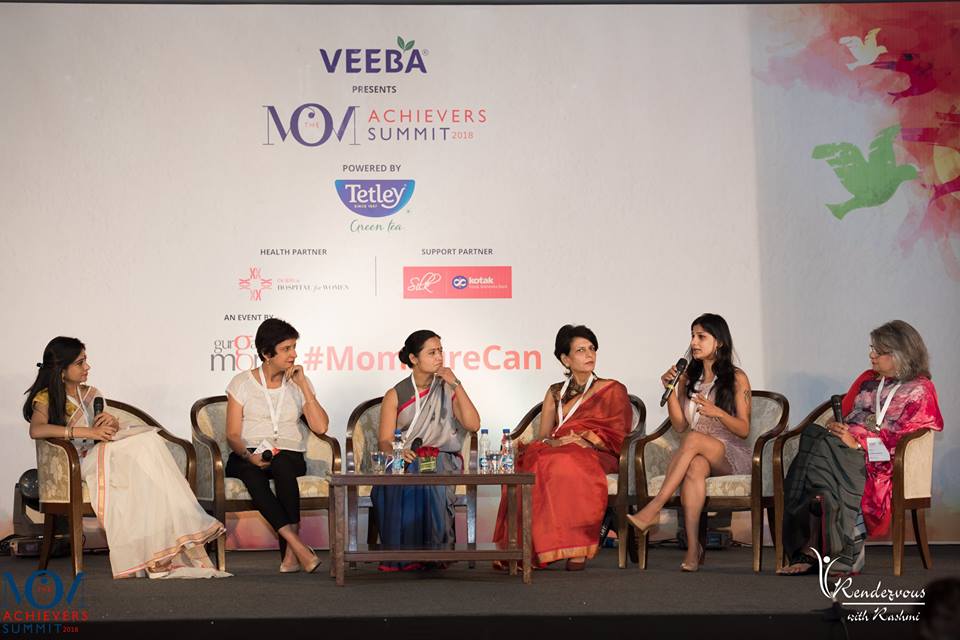 And then happened a panel discussion with Anupriya Kapur, Dr. Aruna Kalra, Dilshad Master, Ishi Khosla and Dr. Roma Kumar which was moderated by Vineeta Jerath. The topic of discussion was taking care of you. How many of us actually do so? We are always taking care of our families but when it comes to ourselves, it takes a back seat. Afterall, it’s our life too and we need to do justice to our own selves as well. 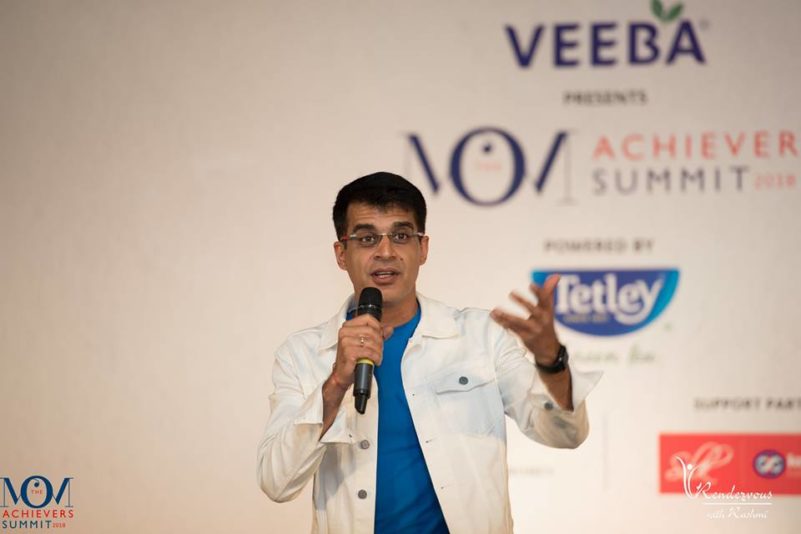 As the discussions were getting a little heavy, it was a perfect time for some standup comedy. Who could be a better one here then Anshu Mor?  The way he engages the crowd is simply amazing. Surprisingly, he left his corporate career to follow his passion. He brings a clean and hilarious flavor to storytelling and observational comedy. This was the first time I got to see him live and it was so refreshing. He has the ability to present and address the most difficult topics with so much ease. 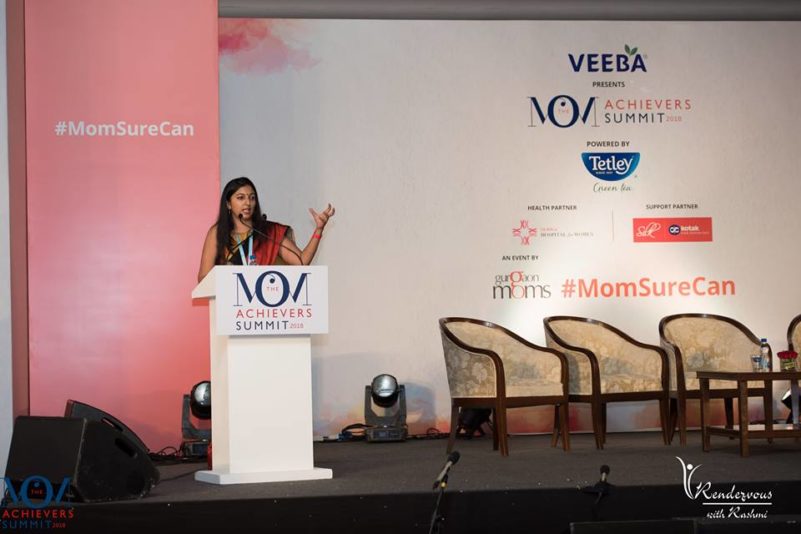 We then took a break for a group photo and had some tea. There were 3 breakout sessions planned post that and all the participants were asked well in advance which one would they like to attend. Options were The She Made It -An Elevator Pitch Contest, Emotional resilience for moms by Nirupama Subramanian or from Blogger to an Author by Anupama Jain. I chose to attend The Elevator Pitch and was pleasantly surprised to see the way budding mom entrepreneurs were presenting their business ideas to the investors there. I can’t recall when was the last time I saw so much energy and the” believe in myself” attitude before this! 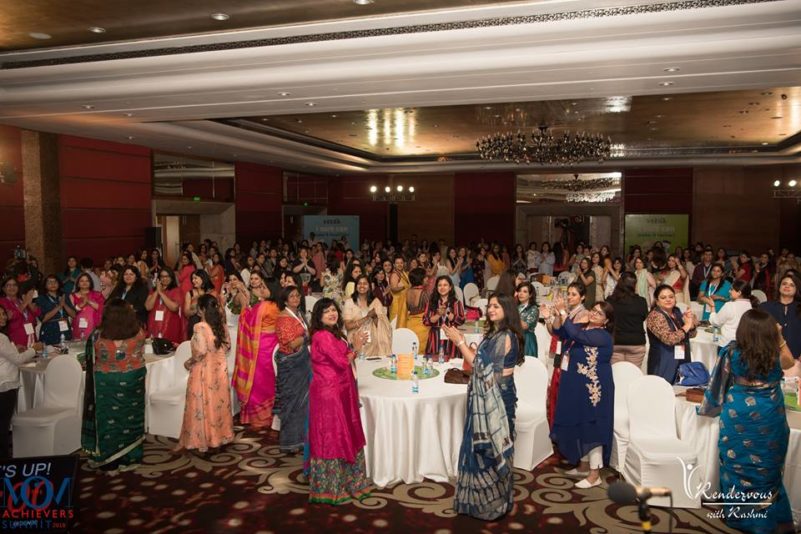 After a huge spread of lunch and desserts where we also invested some time in networking, our energy was taken to the next level. To ensure that we don’t sleep or become lazy, drum circle activity was organized by d’frens. I must say nothing can beat playing and enjoying as a family. Everyone enjoyed so much that the pictures of same were also featured in The Times of India. 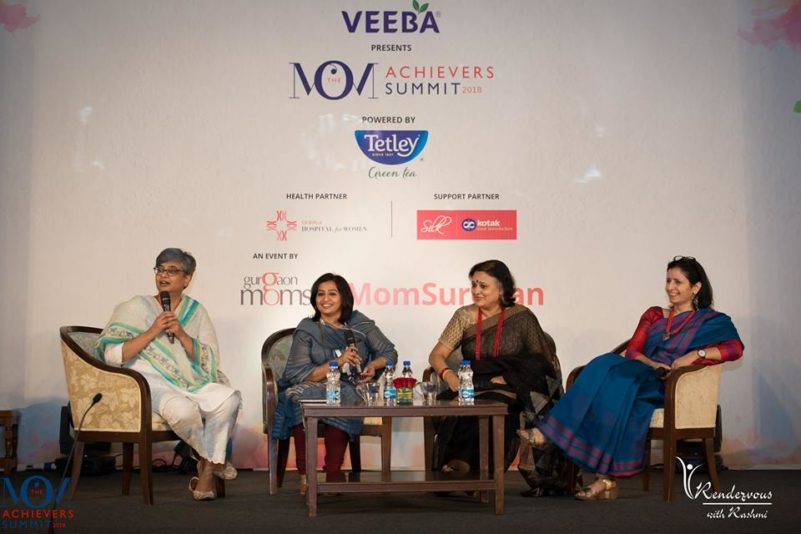 Post this, some very useful parenting tips were shared for moms by Aditi Misra, Janani Iyer, Dr.Shelja Sen and Dr. Kavita Arora.
What became the highlight of the event for me was a play directed by Anshu Daga called #Andme? …I am changing! The tune has been continuously ringing in my subconscious mind since I have seen the same. What a marvelous attempt to bring small events together and highlighting the day to day parenting we give to our kids. We ourselves inculcate the difference between being a boy or a girl in the minds of our kids and then blame the society for it! It was such a thought-provoking play and gave a strong message stating..high time we should change. 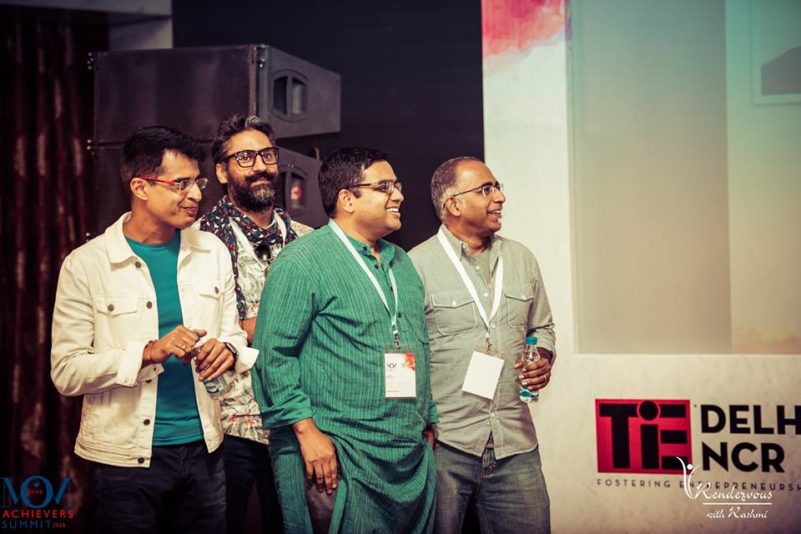 Last but not the least was another panel which was set up but this time it was different. It was a  ‘Manel’- a fun panel where a group of men was asked questions that no one could think would get answered by them. It comprised of Anshu Mor, Kaushik Vardharajan, Sameer Dhar and Sanjay Balasundaram. Many of us were amazed by the kind of honest answers we got from them.
The event ended beautifully with a full arrangement of the ladies getting pampered towards the end. There were arrangements of a head spa, foot spa, nail spa to ensure that the stronger sex feels pampered. We were also surprised with a goodie bag consisting of multiple utility items and some lip-smacking bakery items.
All in all, a day full of smiles, learnings, lots of memories, networking, fun, engagements, thought-provoking sessions. This day would be awaited each year with increased excitement levels !.
What made it more special was the
Presence of KnowDisability photo booth. The simplicity with which those beautiful souls were clicking our pictures with such genuine smiles touched everyone’s heart. We should thank god for a normal life and always have the zeal to give back to the society. Other then this, there was also a chocolate stall by children with special needs from Sunshine Gurgaon. 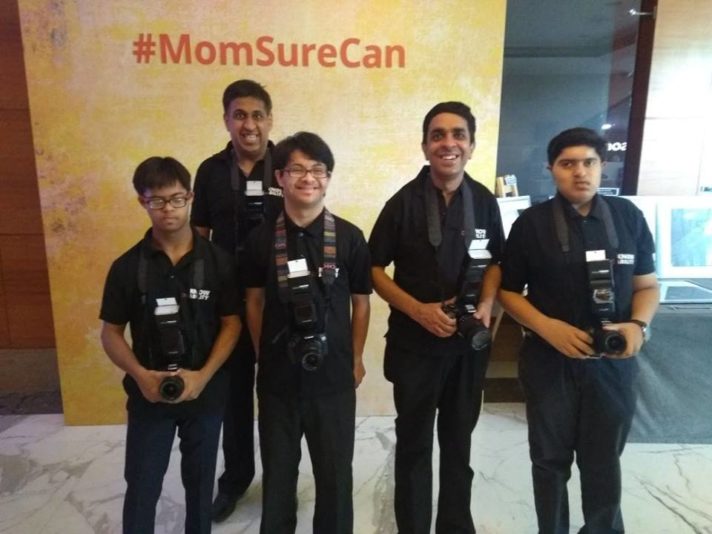 Photo Courtesy: KnowDisability.org
Veeba stall was buzzing with ladies all around. Why was that? The answer was simple. The kind of variety they have come up with takes care of most of the day to day kitchen needs when it comes to readymade sauces, spreads, dressings to name a few.
Tetley has so many different products to offer, however they concentrated on green tea for this event. What could be a better place to promote the same than a venue busting with beautiful ladies. Their Photo Opp Booth was a hit.
There were other stalls too like CK Birla Hospital for Women and Kotak Mahindra along with a bookstall to take care of audience engagement. 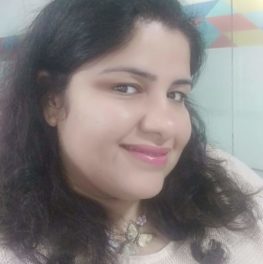 A dreamer and a go-getter who firmly believes that nothing is impossible in this world. My journey towards life started when I joined Genpact 17+ years back and it has been an ever learning experience since then. Other than being a part of the corporate world, I am a die-hard traveler who has covered 15 countries already and the goal is to cover above 100. When I started to write about my travel experiences by the name of #traveldiariesbhshradha and so many people loved it, decided to take my passion towards the next level. The intention was also to give a platform to all those who love to travel. Hence, started a group called "crazyghumakkad" a couple of months back. It is so overwhelming to see that it has crossed 14000 travelers in such a short duration. This group is all about traveling where we share our travel experiences, thoughts, ask questions, try and help fellow travelers and have now also started to organize trips. A couple of years back I also discovered my inclination towards becoming an entrepreneur. What could have been better than doing it a chocolaty way? That's how ChocoArray was born. In the first year, it won an award from some best chefs of the country, got featured in Suburb Gurgaon,storyofsouls.com and ICICI Lombard under the inspiring women section. All the 38 reviews on the facebook page are 5 stars. Chocolates are handcrafted myself and it satisfies my soul when people love it. Another love of my life is to write. Be it Shayri, small articles, covering big events. The idea is to write in a way that the whole event becomes live in front of you. That's the power of a good write-up .#thewriterinme is another group that I started a couple of days back to inspire everyone to write. As we grow, it would also serve as a platform for all the budding writers to take it to the next level. Other then this, I am big time foodie who loves to eat a variety of food and review it too. Would like to sum it up by saying, it's only one life you, live it by following your dreams! 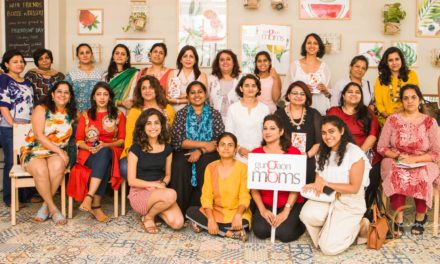 Writing Workshop with Natasha Badhwar, author of ‘My Daughters Mum’; A Review 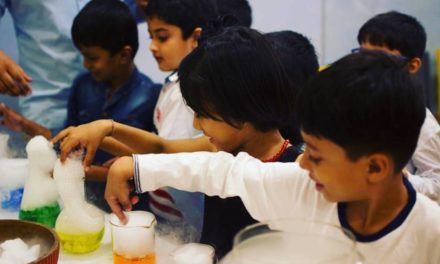 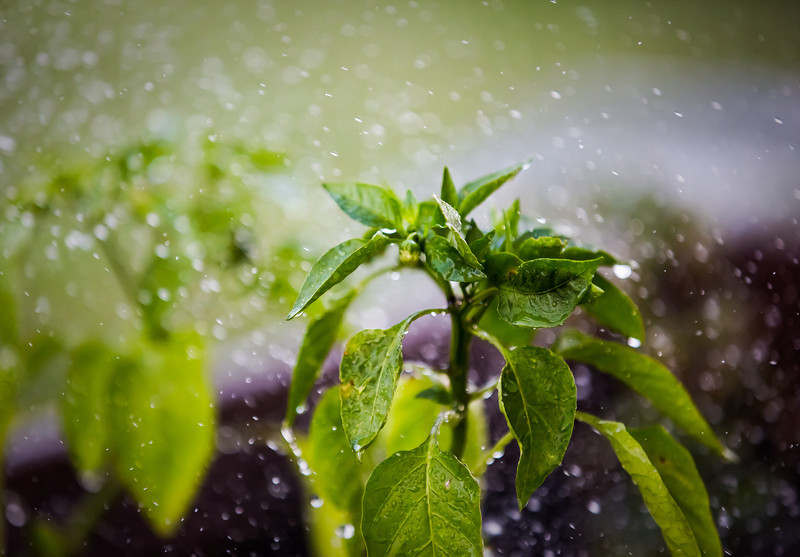 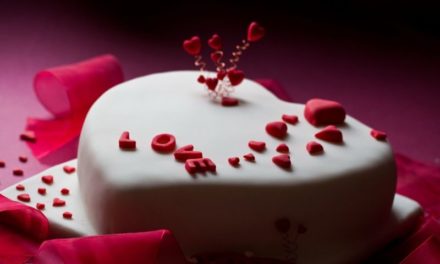