Having a bit of gender neutral background it never came to me naturally to behave “like a girl”.. I was me.. I have done what I wanted to, talked what I felt, and made decisions about what I felt strongly for.. It never occurred to me that there could be a part of the  society that expects a girl, by default, to accommodate to whatever is thrown at her, just because she is a girl.. That is because I hadn’t experienced that as a child or even as a young lady.. The wrong and right I knew of, had no gender.. I was always allowed to voice my opinion and that’s probably how it should be.. I had a happy childhood, a

balanced one, with a fair deal of challenges and ample love and support from near and dear ones..

I had a dream love world well-set for me and my partner. I knew nothing would go wrong. I had all my love and soul to give to this family, that was mine now.. But as it was destined, it was meant to end.. I won’t talk about what they did, because I’m far past it, and completely over them and forgiven them and it kind of brings bitterness to talk negative about someone.. But what I do want to say is that life is a gift.. The biggest challenge is to stay happy.

The day you feel that happiness is no more a challenge for you, you have succeeded in life.

Nothing, believe me, nothing matters more. I have seen my share of judgements, and walked past them. My smiling face despite the unfortunate ending of my marriage, was a bigger shock for the so-called concerned people.. I was told and expected to seem less happy, because else, people would judge.. But I was very relieved to be out of that toxic relationship and that reflected on my face.. I took this step of getting separated to get back my happiness.. If I had to be sulking, and not get over it in a certain period of time, then the whole purpose would have failed..

I was married at a time when I wasn’t young enough to, but I was still not earning, because I was busy learning.

Being a single non-working parent was the toughest part, especially with the legal battle still on..

One of the hardest decisions you will ever face in life is whether to walk away or try harder.I had done my share of trying hard at it. There were a lot of thoughts when I had to take this step, the one that over-powered all was, “can my daughter and I lead a happy and healthy life here, even if I sacrifice everything I feel so strongly for” and the answer was “no”. And I had to take this decision of raising my child in a healthy environment even if it meant doing it all by myself. So I chose happiness which was a tougher choice in some ways but as a mom, strength comes from within and I took the step to a much happier life, a life everyone deserves, for the peace everyone is worth.There are people who are judgemental but then I also have people and family that support me, and they mean much more.

So one has to focus on the positive and see where encouragement comes from and ignore and be strong against the negatives.

After getting over with the legal formalities of it after much a do, I thought that it’s never too late to restart your life and live your dreams. I have been a creative person and always wanted to relate that too something useful and something that could be of help to someone or the society, so I have just started my own recycled art & furniture line called ‘artwist by Esha’ .You could check it out on Instagram @artwist_byesha

Also, as humour is a natural part of me. I finally took the leap and performed at Canvas Club. My content is based on mom life and I also perform at mom centered events. It’s not easy being a mom and we could all use some light hearted humour around it..
So these being two of my biggest dreams, I finally decided to chase them after becoming a single mom, or rather “a double parent” as I like to call it, because we play double roles now, with double the strength

It was unfortunate, but it didn’t end my life, I still have one to live happily. 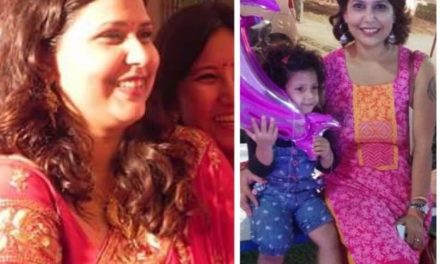 The Moment of Truth for this Soon-to-be Mommy: A True Story 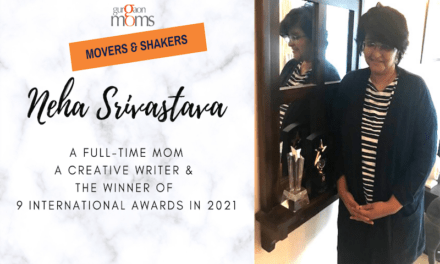 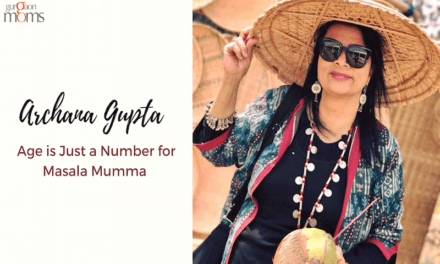 Archana Gupta: Age is Just a Number for Masala Mumma 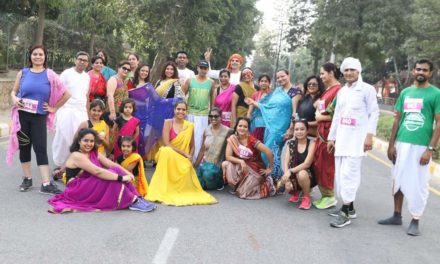