Durga Yadav and her extraordinary journey 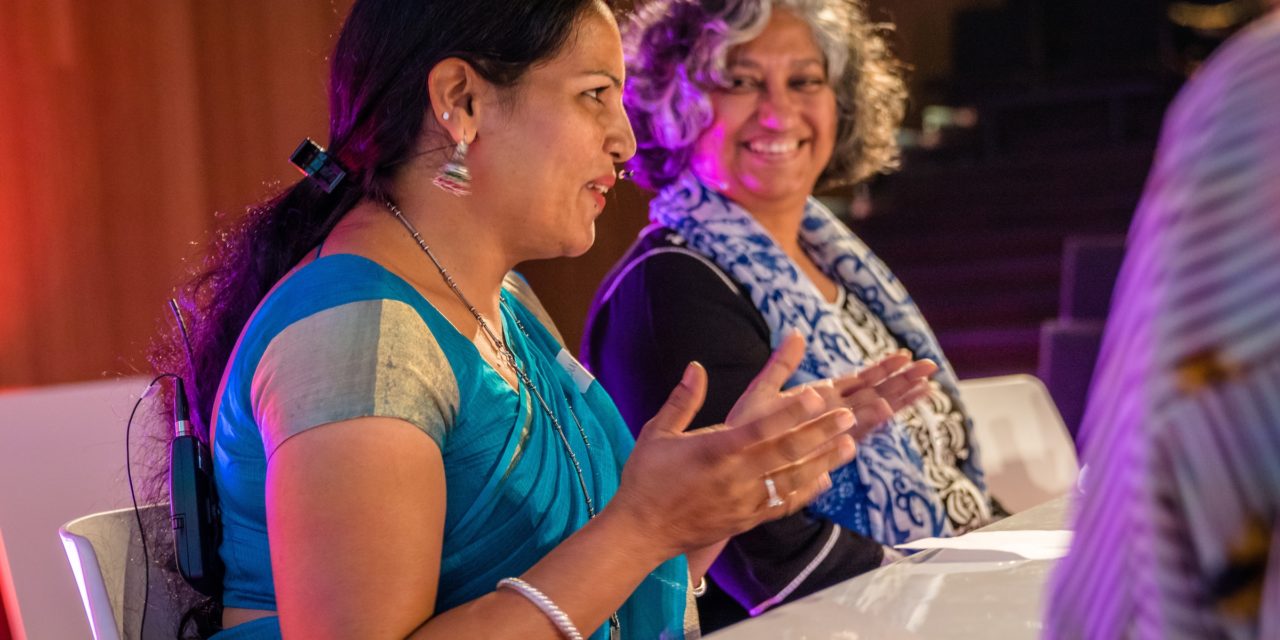 Durga Yadav is from Delwara, a village near Udaipur, Rajasthan. It’s a typical story of her being married off at the age of 5. She came to live with her husband’s family at the age of 15, becoming a mother only one year later. But the extraordinary journey begins as Durga wanted a different future for her children. She became inspired by her mother-in-law who was a master in stitching and patchwork. Crafts run in the family; her elder sister was working at Sadhna, a women’s cooperative of 700 masters in embroidery in Udaipur, Rajasthan. Sadhna provides income to female artisans in Udaipur’s rural, tribal and urban slum areas. Sadhna was the first business partner of Women on Wings a non-profit that has its roots in the Netherlands which aims to create employment opportunities for rural women in India.

Durga too started working at Sadhna. Slowly and steadily through talent and hard work, Durga became a group leader. Durga was lucky to have a very supportive husband and in-laws. Fortunately she did not have to deal with the typical atrocities, which most women do in villages. For 17 years, Durga worked as a group leader of Sadhna, during which time she reached out to many other families in the neighborhood to convince them to let their women work and earn an additional income. Earning a fair income, not only enabled Durga to send her children to school, but also to build a new house. Before, Durga and her family lived in a small 2 room house. The new house has three stories and is a huge step in welfare. Mother of two daughters and son, Durga recently got her elder daughter admitted to a medical college. Durga’s daughter will only consider marriage when she can financially support herself. Her younger one is aiming for the same. Durga hopes her son seeks inspiration from his sisters.

But Durga’s journey continues. Already during her work at Sadhna, Durga followed her passion for making silver jewellery and started her own enterprise. This enterprise is now her only source of income and she focusses on making it a successful enterprise. Today, Durga has more than 70 women working with her but she aims for more women to come out of their houses and make them skilled. She invests whatever profits she makes into her company. She procures the pure silver, and the women carve their own designs on it. The products are being sold at exhibitions.

This year, Durga was invited to come to the Netherlands, to be chief guest at Women on Wings’ 10th anniversary event. The Women on Wings’ founders, two Dutch women who had had all the opportunities to study and start their own successful companies, knew Durga from the early days, when they started partnering with Sadhna in Udaipur on creating employment opportunities for rural women. Over the years, the Women on Wings team and Sadhna worked together many times, seeing the women’s enterprise grow from 100 to 700 artisans. In 2016, Durga shared with the women on Wings team: “I’m very satisfied that the growth of Sadhna has been successful in making women in our villages economically independent. The value of this cannot be estimated by the money we earn, but by the other goals we are able to achieve. Like admitting our daughters to school. That’s achievement for us.”

Durga never had a passport. She had only seen airplanes flying over her village. But thanks to the Women on Wings team and her husband’s support not only did she get a passport but also a visa and did her first trip in a plane to an international destination. On September 25, 2017, Durga won the hearts in the audience of Women on Wings’ 10th anniversary event in the Netherlands, sharing how a job and income had changed her life and that her dream is that her company grows and that she can employ more women from her village. Back in India Durga shared with the Women on Wings team: “Being supported by someone motivates and encourages. I’m still overwhelmed by the trip to the Netherlands. I met so many nice people. I was confident thanks to my husband’s support and excited to make the trip. No woman in my village has ever taken such journey. I proved that women like us can do that. We can do anything if we believe in ourselves.”

This trip of Durga has not only inspired her children to achieve greater heights but the other rural women that she works with. A lot has changed in just one generation.  A job and an income give rural women the opportunity to give their children an education. Working is empowering and builds self-confidence. It gives women a voice in the village, a say over their children’s education and the ability to become a role model for their daughters.

About Women on Wings

Why: A job means a better life

India is a country with enormous potential: it is a large and rapidly expanding global economic power and the middle class is growing along with it. However, the underclass lives on just two dollars a day. There is very little paid work in rural India. Families lack income and, as a result, there are high levels of poverty, malnutrition and illiteracy with many people migrating to the cities. Women on Wings collaborates with Indian enterprises that employ women in rural areas. A job means an income for these women, as well as economic autonomy and an escape from the cycle of poverty. It also means their children can go to school, which increases their chances of a better future.

How: Investing in human capital

‘Human capital’ is the core of what we provide. Women on Wings provides professional business consultancy to Indian social enterprises – Small and Medium Enterprises (SME’s) – operating in rural India with a view to accelerating the growth of their organizations. This can be done through one on one consultancy and workshops with multiple partners.  Our 60 experts share their time and skills pro bono. These experts have 15+ years of professional experience in the field of e.g. marketing, finance, PR, product development, production, retail and supply chain management.

Through providing business knowledge and advisory services we transform social enterprises into market-oriented companies. We support them in unlocking their growth potential, thus co-creating employment for women in rural India. Our work spans from developing a strategy for growth, practical implementation and creating synergies between various business partners. Our experts support the partners streamlining their entire value chain. This gives an impetus to the business and helps the business grow and as a result, create livelihoods for the women. These are the social enterprises with which we co-create jobs for women in rural India. These enterprises are based in rural India and their aim is to grow and expand their business so that they can create more jobs. They need to pay a fair salary/price per piece to the employees and operate with respect for human beings and the environment­ in order to seek our support. We work with 35 social enterprises, including Grameen Sahara, EcoAd, GoCoop – a social marketplace, Tamul Plates, Fabric Plus, Rangsutra, Mandala Apparels, GVCS, Grameena Vikas Kendram, Okhai, CropConnect, Sahaj Dahod, ProNature, Wingreens, SRIJAN, Organic Majuli and many others.

These are the organizations that believe in our approach and support us financially. Organizations like TATA Trusts, Motorola India, Antrix – ISRO, Achmea Foundation, C&A Foundation, Rabobank, Jazi, Holland Payroll, ASN Foundation, and many others plus some HNI’s.

The write-up has been submitted by Women On Wings 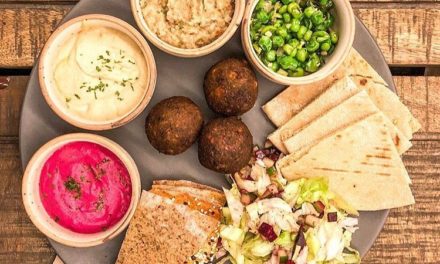 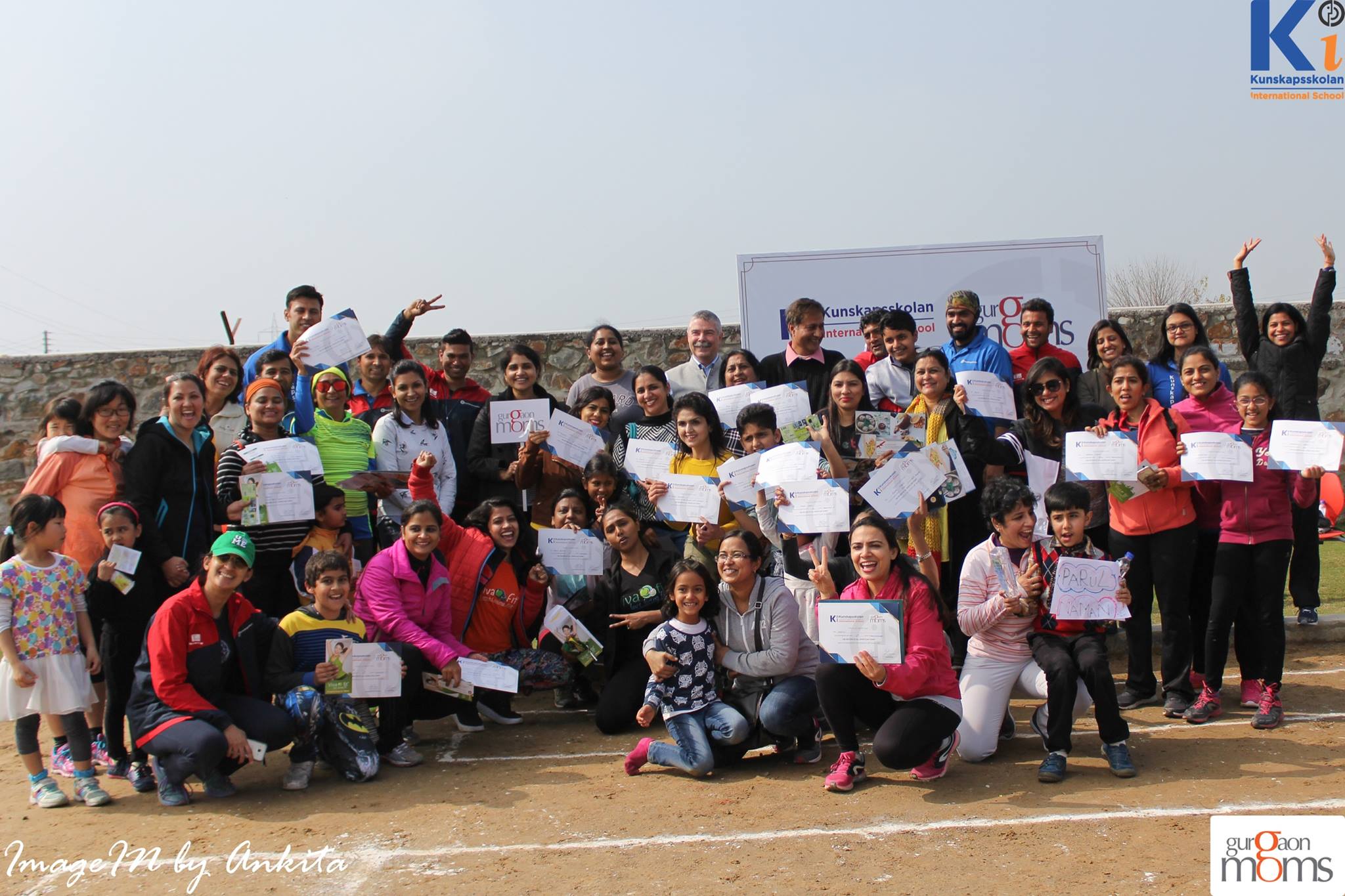 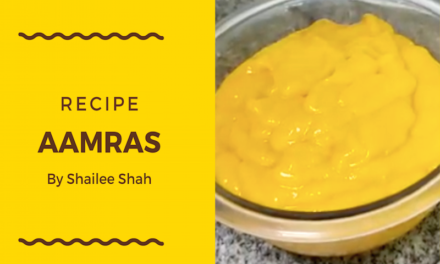 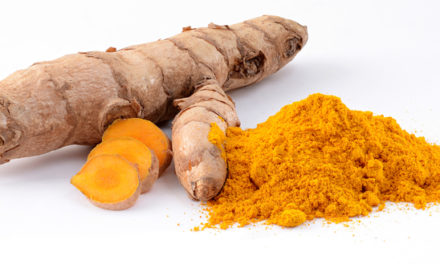