If anyone could make ME read a non-fictional book on Indian Politics it’s Gurmehar Kaur .Her new book is titled The Young And The Restless-Youth And Politics In India

(I’d say ‘nuff said but no- I have A LOT to say ) I have never really cared that much about politics-I’d know the names of the Prime Minister and President and I’d read the ‘civics’ chapters in my textbook-basically the bare minimum.  So it comes as a huge surprise to me that I devoured (and I do not use that world lightly) this book.

I give all the credit to the flow of Gurmehar’s words. The interviews are conversations- so don’t expect it to be in dialogue form like I did

. It’s written like any other book  – which gives the reader a sense of ease especially since this book is opinion heavy. The interviews are inspiring without being cringey- you can tell through the interview itself that these politicians aren’t uptight and sincerely want to work towards a better nation.

This book has eight politicians, all of varying thoughts and ideology.

Omar Abdullah’s profile talks about Kashmir, a situation we all know about but rarely sink our teeth into. Gurmehar does just that. It clears your doubts and it is so rare to hear or read a Kashmiri’s point of view.

Sachin Pilot talks about the ridiculousness of the whole ‘Nationalist’ and ‘Anti-National’ debate. A debate that is so frivolous that it is a punch line within my grade. He even talked about the plans he has for Rajasthan now that he’s the Deputy Chief Minister there.

Anyone who knows me knows that I’m constantly looking for ways to live sustainably and cause minimal harm to the Earth. However I also know that the common man cannot prevent climate change and that the Government has to be involved. It is great to know that there is FINALLY a politician out there who cares about my future.  Sowmya Reddy seems simplistic through the author’s initial descriptions. Gradually the reader realises that she is a total badass and a smart one at that. Oh how I wish she was standing for elections on my constituency!

I learnt about caste through my social science textbook. Only through the Internet, have I realised the struggle of being from particular castes even in today’s “progressive world”.  Jignesh Mevani talks about his experiences and really makes you root for him! He’s sincere, smart and even funny!

Shehla Rashid discusses being Kashmiri and how social media was a great medium to express her anger during the 2010 bandh and how that eventually lead to her activism which eventually lead to her involvement in politics. Shehla Rashid is relatable. Indians NEED relatable people in seats of power.  Honestly, how many of us relate to the old, ex-film star, Brahmin men that sit on most of them right now ?

Aaditya Thackeray successfully shattered my prior opinions on the Shiv Sena. I mean a man in power who is pro- LGBTQ, a feminist and put a ban on plastic- YES PLEASE. Aditya’s priorities, thoughts on nightlife, women’s safety and Hindutva all made me like him as a candidate!

Through Gurmehar’s description of him Mashukeshwar Desai seems like a simple, kind and hardworking millennial. Even though I didn’t completely agree with some things he said, Madhukeshwar Desai made me realise that not all BJP’s representatives want to shove GauMutra down your throat.

Raghav Chadha comes like a breath of fresh air. He too is relatable. I especially saw myself in the parts where he was confused as to what to do after 12th grade. He eventually found his calling in politics. When he talked about his contribution towards the betterment of Indian public schools, even through the pages you can see the pride in his eyes.

My favourite parts however, were Gurmehar’s encounters and thoughts – I especially enjoyed her little love letter to Delhi in Shehla Rashid’s profile.

Gurmehar has written this without involving her personal political opinion, so much so that she interviewed Madhukeshwar Desai who is a part of the BJP, even though she has formerly experienced cyber threats and ridicule at the hands of the party.

I never realised how vast and varied politics is until I read this. This book is not a  boring Political Science textbook that will put you to sleep- it keeps you engaged and dare I say entertained.

It was so refreshing to gain knowledge about politics that didn’t come from my dad, other uncles or the people that shout from little- little boxes on the news channels. This book has equipped me with knowledge about elections, politics and power – I recommend it to every Indian!

Also, I am SO EXCITED to vote now

This review has been written by Nritu Luthra Nritu is an eco warrior. She is constantly thinking up of new ways to save paper and not use plastic. She is currently studying in the 10th grade at MatriKiran High School. Nritu is an awesome sister to Nanak, a boy with special needs. She loves to read and explore new genres and authors, she especially likes reading books by female authors because of relatability.  One day, she hopes to publish her own words. 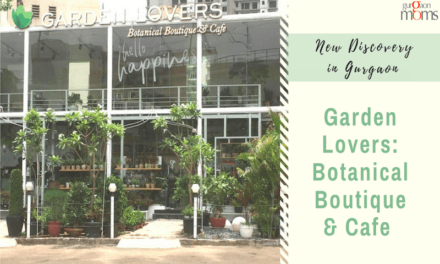 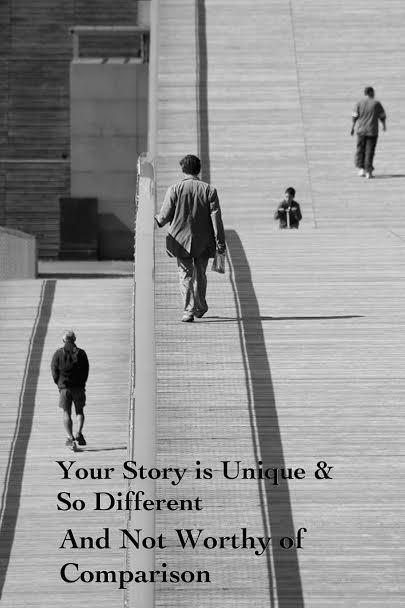 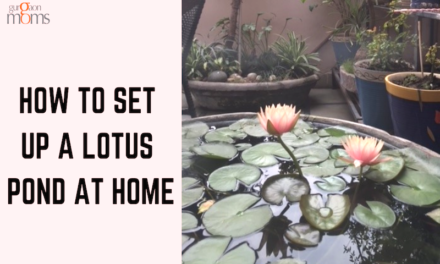 How to set up a Lotus Pond at Home